We are celebrating our 25th anniversary at the Productronica in Munich 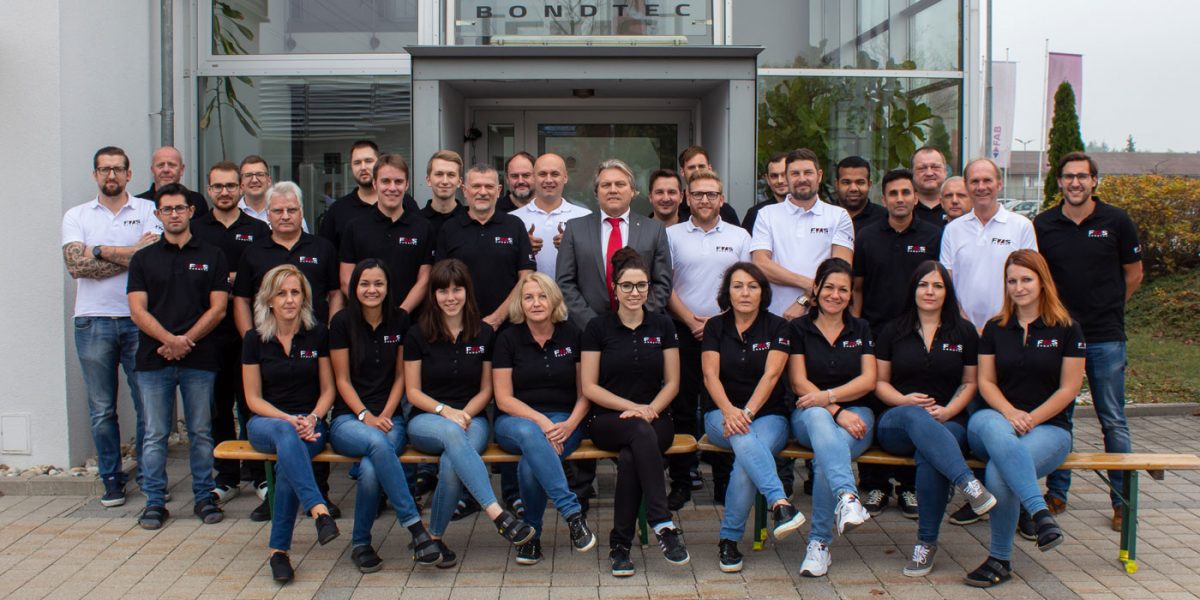 We are celebrating our 25th anniversary at the Productronica in Munich

We are happy to invite you to celebrate together with us on 13.11.2019 from 18:00 at the Productronica in Munich the TWENTY-FIVE-YEARS anniversary of F&S BONDTEC.

In the course of our company anniversary we would like to look back on the milestones of our companie’s history and say thank you. In 1994, two pioneers of wire bonding founded, with more than 100 years of experience in bonding technology. F. Farassat and Dipl. Ing. S. Kazemi, the company F&K DELVOTEC.

The first employees were three bond specialists from the Braunauer semiconductor plant of AEG-Telefunken, which was then relocated to East Asia. They were so successful in the new company F&S BONDTEC, that only a few years later their own company building became necessary, which was moved in in 2001 with about 20 employees.

Since then, success has continued and F&S BONDTEC has grown steadily under the leadership of Siegfried Seidl, MAS and his team. Since 2011, nearly 40 employees work in the recently expanded building; several thousand wire bonders and bondtesters have left the factory since the foundation and are in use in many laboratories, development departments, pilot production and productions of our customers worldwide. Because of our loyal customer relationships that have lasted for many years, there should be no end to continuous growth in the future.

In addition to our anniversary celebrations, you can, as usual, look forward to an event that shows all the technical processes in the field of microelectronics starting from the idea, through development to production. As the world’s leading fair for the development and production of electronics, productronica 2019 has a lot to offer its visitors: world premieres and products, solutions and innovations along the entire value chain. This year too, you will be presented with the latest trends in the world of wire bonding and bonding testing. Meet us in Hall B2, Booth 434. We have come up with some ideas to give you an interesting and exciting fair experience.

We have tickets for you!

As every year, we invite you to visit us at productronica. Just write us a short note if you need a ticket – we will gladly send it to you.