Houska Award for TU Vienna and the BAMFIT process 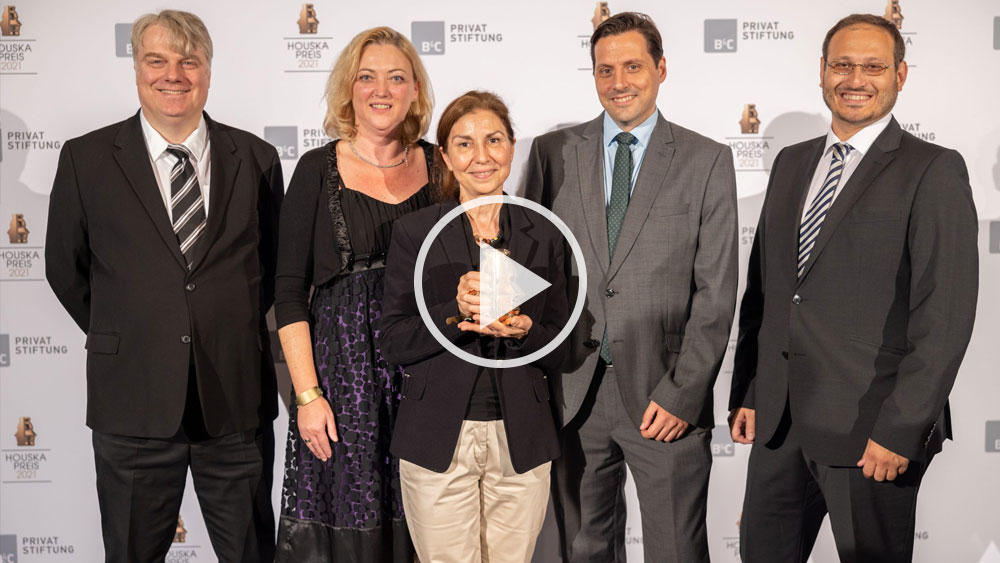 Houska Award for TU Vienna and the BAMFIT process

We are happy to announce yet another award for our BAMFIT process: the B&C Private Foundation in Vienna has awarded the prestigious Houska Prize 2021 to Prof. Golta Khatibi and her team from TU Vienna for the project ``Highly Reliable Power Electronics``. A total of 61 submitted research and development projects competed for the top two prizes, one of which is awarded for university research and one for R&D in small and medium-sized companies. Each prize is endowed with 150,000 euros and honors Austria's best research projects.

Prof. Khatibi’s research group is developing several different methods for accelerated investigations of the reliability of electronic circuits, and especially of semiconductor structures in power electronics. In essence, the aim is always to supplement, or ideally even replace, lengthy stress tests such as the power cycle test with rapid tests. While power cycle tests can quite realistically simulate a load scenario, they are very time-consuming, especially for robust and long-life components. Here, life cycle tests can easily take several months.

In contrast, accelerated methods such as the BAMFIT test directly reproduce the thermo-mechanical stresses on components which are caused by electrical currents by applying mechanical loads. The big advantage: this can be done at much higher speeds of several tens of thousands of load cycles per second. This reduces measurement times from months to minutes – an advantage that, even with lower quantitative significance of the tests, makes production-related quality monitoring much more effective. Changes in process details or variations in the base materials can thus be examined very quickly in order to determine whether they have a favorable or unfavorable effect on the service life of the end products.

Our BAMFIT tester was developed in a Christian Doppler laboratory together with the research group of Prof. Khatibi and has now been in practical use in the semiconductor industry for two years. Based on the highly successful universal bonder and tester 56XX, it operates fully automatically and can also be used as a tester for pull and shear tests as well as a wire bonder for all wire bonding processes by simply changing the head.

As usual, as a F&S BONDTEC follower, you can visit productronica free of charge. For a personal invitation, please contact marketing@fsbondtec.at.